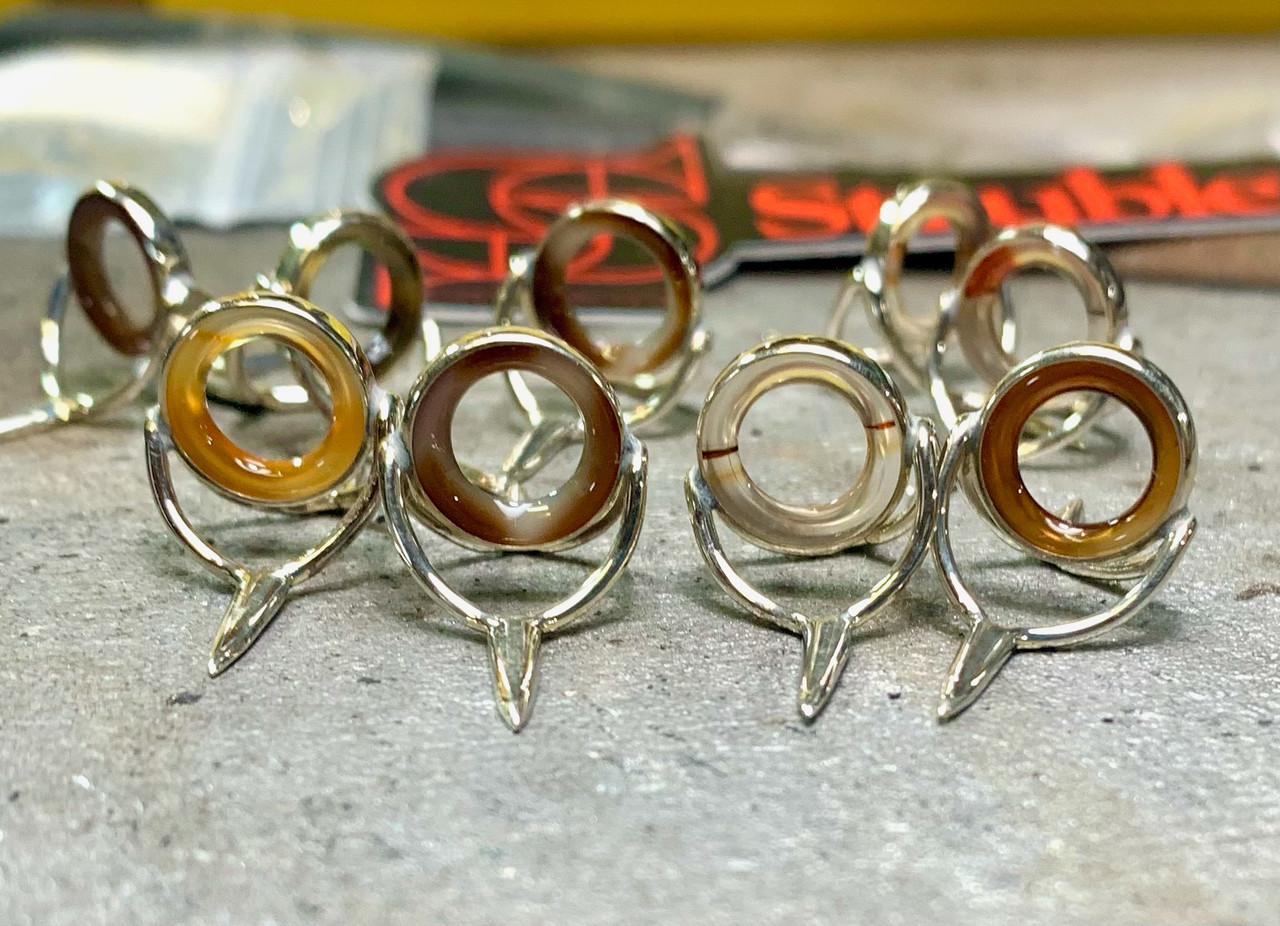 Need an agate guide that shows "Out of Stock" or one that is not listed? Drop us a line and we'll see if we can make it for you.

For decades, Struble has been a formidable presence in the contemporary history of rod building. In addition to premium agate guides, grips, and winding checks, Struble's classic, American-made fly reel seats are widely known and sought after by rod builders worldwide.

Struble makes use of only the finest materials available, using specialized, modern machinery for ultimate precision, with three decades of industry know-how. The result is that Glenn Struble Manufacturing Co. has created the finest, most comprehensive line of quality reel seats available to the fly tackle industry. And our commitment to making dependable, precision reel seats is your assurance of their quality, no matter where you fish or what kind of rod you use.

Glenn Struble Manufacturing Company was founded in 1974 by Glenn Struble, a mechanical engineer with a love for fly fishing and commitment to excellence. Struble’s designs and quality quickly became, and continue to be, the industry standard around the globe. The business was first housed in Glenn’s garage at his home in Roseburg, Oregon. The company quickly grew and eventually moved to Sutherlin, Oregon. Glenn Struble passed away in 1993, leaving a legacy that we are dedicated to preserving. His unwavering commitment to excellence in design, quality, and performance remains our central objective. Because of this, Struble Manufacturing continues to be recognized as the industry leader in product quality and customer service. Glenn’s wife, Juanita, continued the company’s proud history of producing precision fly fishing components until 2005 when the company was purchased by Jeffrey Pentecost, a Montana native with a love for fly fishing and a passion for innovation. His personal standards for quality, integrity, and service matched Struble’s long-standing practice of delivering only the finest.

Struble's is located in Bozeman, MT and now operates under the same roof as Shopkeeper Fly Rods.

Questions or comments? Visit our contact page and we'll get back to you promptly.